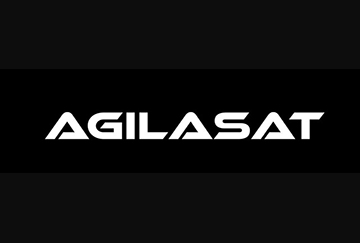 24-Hour network celebrating music legends from the 1980s to the 2000s to enter Asia for the first time on AGILASAT, Solar Digital’s TV platform on 2 May 2018

BALI, 24 APRIL 2018 – Viacom International Media Networks (VIMN), a division of Viacom Inc. (NASDAQ: VIA, VIAB), today announced its expanded collaboration with Solar Entertainment Corporation, content provider and television network, to debut MTV Classic in the Philippines. This marks the first time that the 24-hour music channel will be available in Asia. Effective 2 May, MTV Classic will be offered on AGILASAT – a joint venture TV satellite service between Solar and global satellite operator ABS that delivers premium entertainment via direct-to-operator facility to households in the country.

“Building on the success of last year’s collaboration on MTVph, we’re thrilled to bolster our strategic collaboration with Solar with MTV Classic and officially debut it for the first time in the Philippines. This reinforces the importance of the Filipino market as we deepen our brand presence here, which demonstrates our commitment to strengthen programming, local engagement and to cater to theviewing preferences of Filipino audiences,” said Paras Sharma, Senior Vice President and General Manager, Southeast Asia, Viacom International Media Networks. “Whether it’s Nirvana or Destiny’s Child, MTV Classic is the home for music legends that shaped pop culture via their music videos.”

MTV Classic showcases the artists and hits that have been part of the music landscape since the network’s inception in 1981. The 24-hour music channel will feature a non-stop music programing mix of rock, R&B anthems, classic power ballads and retro pop from some of the world’s greatest superstars including, Madonna, Duran, Michael Jackson, Bon Jovi, Spice Girls, Queen, U2, Whitney Houston, Prince and more.

Rene Esguerra, Chief Operating Officer of Solar Digital Media Holdings, Inc., added, “We are excited to continue working with VIMN and extend the iconic MTV brand on our platform. The addition of MTV Classic will appeal to a range of audiences both young and old, bringing AGILASAT closer to our goal of meeting the key content needs of our subscribers.”

The launch of MTV Classic follows the initial collaboration between VIMN and Solar to launch MTVph in the Philippines last year.

AGILASAT is a groundbreaking free-to-view TV service that delivers sports, news, lifestyle, kid movies, general entertainment, and local programming to homes across the Philippines. It will host a bouquet of up to 50 high- quality local and international channels. Distribution of AGILASAT is through a built-in package with partner Pay TV providers (DTO).

This new service will be available on C-band via the ABS-6 satellite covering the entire country. Unlike most Kuband DTH services, the C-band service is more resistant to rain degradation.

Solar Entertainment Corporation is one of the largest content providers and channel operatorsin Southeast Asia. It is committed to elevating the network to a global standard and maintaining Solar as a leader and innovator in the industry. Until today, Solar continues to widen its programming to meet the demands of emerging audiences. www.solarentertainmentcorp.com

MTV is the world’s biggest youth entertainment brand. With a global reach of nearly 785 million households, MTV is the cultural home of the millennial generation, music fans and artists, and a pioneer in creating innovative programming for young people. MTV reflects and creates pop culture with its award-winning content built around compelling storytelling, music discovery and activism across TV, online and mobile. Outside of the United States, MTV is part of Viacom International Media Networks, a division of Viacom Inc. (NASDAQ: VIAB, VIA), one of the world’s leading creators of programming and content across all platforms. For more information about MTV in Asia, visit www.mtvasia.com.

Viacom International Media Networks (VIMN), a unit of Viacom Inc. (NASDAQ: VIAB, VIA), is comprised of many of the world’s most popular multimedia entertainment brands, including MTV, MTV LIVE HD, Nickelodeon, Nick Jr., Comedy Central, Paramount Channel, and more. Viacom brands reach more than 3.8 billion cumulative subscribers in 180+ countries and territories via more than 200 locally programmed and operated TV channels and more than 550 digital media and mobile TV properties, in 40 languages. Keep up with VIMN news by visiting the VIMN PR Twitter feed at www.twitter.com/VIMN_PR. For more information about Viacom and its businesses, visit www.viacom.com, blog.viacom.com and the Viacom Twitter feed at www.twitter.com/Viacom.