Satellite Executive of the Year Award 2012 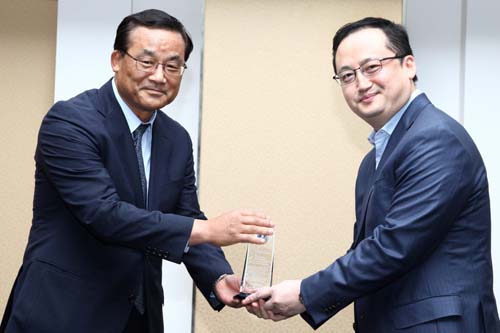 Seoul, September 26, 2012 – The Asia-Pacific Satellite Communications Council (APSCC) announced the recipients of its 9th annual APSCC Awards at the APSCC 2012 Satellite Conference & Exhibition at COEX, Seoul, Korea. Based on a series of criteria set by the Awards Selection Committee, the awards are presented each year to individuals and organizations whose contributions and achievements have been deemed exceptional by the satellite industry and the Awards Selection Committee, consisting of industry experts.

Recipients of the 2012 APSCC Awards:

The winners were selected by a committee of APSCC Officers based on nominations submitted by the members of APSCC.
“As a collective voice representing the satellite industry, APSCC has made a considerable effort to bring the various entities in the satellite community together for communication and cooperation. Each year, APSCC recognizes outstanding organizations and individuals through the APSCC Awards to honor them for their collaboration, guidance and support in helping APSCC reach its mission as well as for their contribution to the industry. This year, APSCC and the Awards Committee are pleased to honor the executives and veterans, who have taken the lead to enhance the satellite industry of the region”said Yutaka Nagai, President of APSCC.